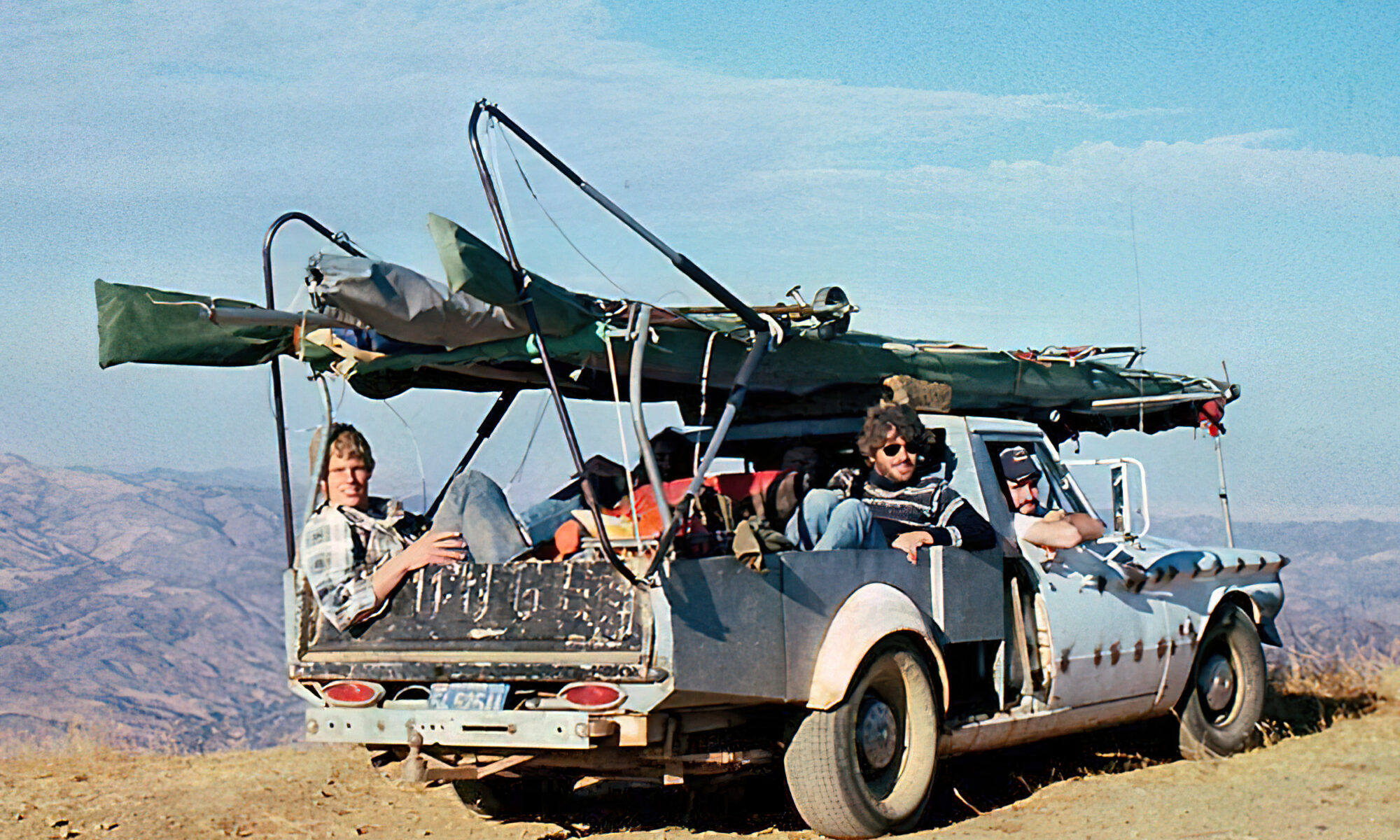 Many years ago, my hang gliding friends taught me to fly at Guadelupe Dunes. I did not receive paid professional instruction. One was a USHGA Special Observer. He could sign off my log book as I progressed in skill. In return, I drove for them when they flew from mountain sites, watching in awe as they soared hundreds of feet in the air for hours, intently studying everything they did and eagerly awaiting the day when I could do the same.

I never got hurt at all. Nobody did. My “crashes” were not particularly memorable. A late flare could result in a mouthful of sand. A dropped wingtip might cause a ground loop. The whole idea behind flying “low and slow” was to never gain enough potential energy to hurt yourself or the glider.

The progression to higher altitude was incremental and spread over months of training. First I had to learn how not to turn. To fly straight and land well. Then I was required to demonstrate shallow s-curves to show that I could return the glider to my intended direction when it drifted off course.

Most important, I had to maintain the proper air speed for my Seagull III rogallo, around 22 – 24 mph. I couldn’t look at the ground and judge it because of the upslope wind component. I learned to tell by the feel of the wind on my face, the flutter of the sail, and primarily by the Hall Wind Speed Indicator attached to my down tube.

I will never forget my first soaring flight. It came about half a year into my training. I had progressed to a more modern hang glider, a Spectra Zodiac, similar to a Seagull 10-meter. The wind at the dunes was smooth and stronger than anything I’d yet tried. I made a few passes about ten feet off the ground, then headed south toward Devil’s Slide where others were soaring. I could only maintain about ten feet, but it was perfect. It was magic. I was riding a magic carpet. After a half mile or so, I turned around and even made it back to launch. This was what I had worked toward all this time. The steady effort, the months upon months of carrying the hang glider up the steep dune had rewarded me with the ability to fly to a destination and return safely. I was elated beyond words.

Hang gliding was the cheapest way to fly. All it took was a few hundred bucks for a used glider and some friends willing to teach you. Some have claimed there were between ten to twenty thousand hang glider pilots flying during this period in the late 1970s. There were, of course, no paragliders. If you wanted to run off a hill into the sky, you did it on a hang glider. Nobody griped about the effort it took to learn. Learning was fun and flying was the reward.

But today I hear again and again about beginners dying on hang gliders. Something has changed for the worse. The quick progression to airtime on paragliders has overrun the steady incremental training required to master a hang glider. Instructors know they can make a lot more money teaching people to fly paragliders in a few days, rather than to spend weeks training a novice hang glider pilot. So participation in hang gliding has diminished. That’s okay. I really don’t care if there are a whole lot or only a few hang glider pilots out there. I don’t buy the argument that there is a critical mass for hang gliding. Hang gliding is special. Special people will always find a way.

The problem is with the monetization of instruction. The instructors’ mantra is that hang gliding is so dangerous that only certified instructors can teach it. Then they accelerate hang glider training with dangerous but more profitable winch towing. The USHPA did away with the Special Observer designation a few years ago, I suspect for this purpose. But now instructors have migrated to lucrative tandem instruction and towing. Neither of these were used for training in my day. In my opinion, tandem is essentially worthless for solo training and towing is too dangerous, certainly for novices and probably for anybody because too much can go wrong too fast. The proper way to train is through an incremental and time-consuming progression on a shallow hill.